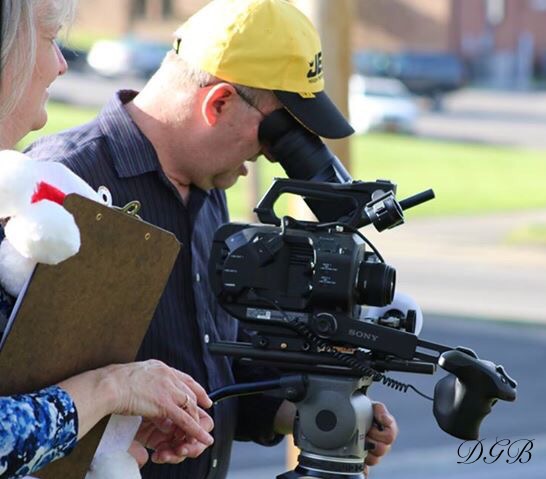 Required Reading- Before You Make a Christian Movie

Since the making of “Flywheel” in 2003 by Sherwood Pictures, hundreds of Christians have been inspired to make their own faith based feature. It’s a noble venture and one God can ultimately bless-  but there are some ground rules that should be considered first. Please note that we have broken all these rules at one time or another and will be the first to admit it. We’ve learned through the school of hard knocks that certain things must be done before embarking on the path of independent film production.

1) Don’t try to write a screenplay if you are not a writer.  Before trying to write a script, read at least three books on writing a screenplay. Take an online class in script writing. Remember that professional screenplays have a specific format and character arc. Learn what that is and apply it to yours. After the script is done, consider having it vetted by a pro.

2) Don’t try to shoot a movie yourself if you are not a cinematographer.  Just because you own a fancy DSLR doesn’t mean you know how to use it for film production. A cinematographer knows how to light and frame each scene depending on the mood, how to use moving camera shots to the greatest effect, and how to properly expose for the amount of light available. Do you?

3) If you are not organized, find someone who is. Film production requires a person who can make a shooting schedule and stick with it. This person must be able to coordinate the actors and crew, get them where they need to be at the right time and keep things on track while on set. If this isn’t you (and most filmmakers don’t have these abilities), do you know someone who is?

4) Take audio seriously . This is the downfall of most low budget filmmakers  – to them, sound is just an afterthought. Hollywood has a saying- “Sound is 75% of the film”. Your attention to proper audio should be throughout the production. During shooting, it’s as simple as using the proper mic and getting it as close as possible to the talent, or turning off air conditioners and refrigerators while recording. In post, it means either spending a ton of time normalizing the dialogue levels, EQ’ing and reducing noise, or paying an audio engineer to do it.

5) Don’t try to edit your movie if you are not an editor. Editing is a lot more than just learning how to use Imovie or Windows Movie Maker. Film dictates that cuts take place at a certain point in the action, otherwise, continuity of the scene is disrupted and the viewer looses his connection with the movie. Dissolves are seldom used except to show passage of time, and fancy transitions are almost never used. Learn this by taking a film editing course, or hire a professional.

6) Learn about the two approaches to color grading . Color correction can be easy if the look you want is dialed into the camera settings in the beginning. If the movie is properly lit, with few issues with white balance, minimal post correction will be needed (saving you a lot of money). If  you shoot flat (as most do) and do major grading later, it can cause lots of problems. A primary one is that heavy color grading requires a robust digital codec (found only in more expensive cameras). Decide in the beginning what your “look” will be and go ahead and set up the camera to come close to that look.

7) Don’t make a movie without considering the target market. This is a cardinal rule, broken often by experienced as well as amateur filmmakers. They make a film that is their artistic vision, not considering whether anyone will buy it. Distributors are looking for specific attributes in Christian movies. They want the kind of movies customers are buying. The average faith based movie  customer is over 40 and female. Does your steam punk ghetto Christian epic appeal to her?

8) Your trailer is more important than the movie itself. Movie trailer editing is an art. You are making a short film designed to entice the viewer to consider buying your film. Most Christian movie trailers are too long (should be under 2 minutes), tend to drag, and have had little effort put into them. Each clip comes from a different part of the movie, so color correction and audio issues are magnified. Consider turning the production of the trailer over to someone who does this on a regular basis (that’s how Hollywood does it).

If you pay attention to and apply the above points while producing your movie , it will stand out to distributors and have a much greater chance of getting national distribution. And let’s face it, isn’t getting your movie out to a large audience and impacting lives  the real goal?