Written by Sharon WilharmPosted on February 13, 2014September 5, 2017Leave a comment

I met Karenlie Riddering a number of years ago when she played a leading role in our movie Class of 91. She’s a delightfully sweet young woman who did an incredible job of playing the snooty rich antagonist. She’s gone on to use her multiple talents working behind the camera as well as in front of the camera. 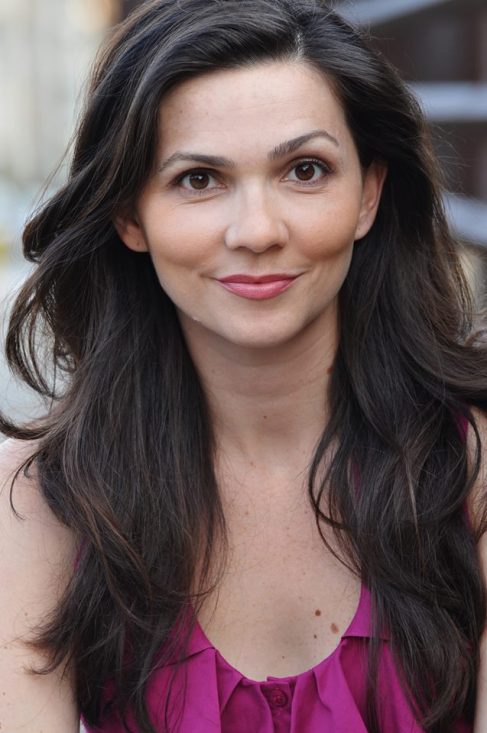 When did you first develop an interest in film acting?

I began acting for theatre around the age of five in Puerto Rico. I think I quickly developed an interest in film/TV acting, but didn’t think it was even remotely possible living in a small island and a small town, so I didn’t think about it too much. When I moved to Georgia in 2006, I decided to go for it!

What was your first film role?

I did extra work for Tyler Perry Films, We are Marshall, and October Road. My first speaking part was in Class of 91.

What movies have you been in?

Class of 91, Good Deeds, You are Here, Patty Paper and the Missing Dog Caper, Adopted, and Insider’s Guide to Puerto Rico. Even though this isn’t a movie, one of the most exciting opportunities came with a co-starring role in The Walking Dead.

What led to your interest in getting behind the camera and working as a filmmaker?

I’ve been a photographer since I was a teenager, and I remember praying at fifteen (while in PR) that I would be able to do a film for theatrical distribution someday. It was an absolutely random prayer born from the depths of my heart. I always had ideas for films and began writing feature films without knowing what I was going to do with them. I had no idea that I was a producer and director at heart; I just wanted to create, but didn’t know how I would do it.

Once I started working professionally in Atlanta, I came to the conclusion that you can’t just sit around and wait for someone to “give” you that opportunity you have been dreaming with; you need to go out and make it happen. Besides the script writing, I knew zilch about production. So, with every project I got to work on, whether it be film, TV, commercials or corporate videos, I would talk to crew members and ask them all I could about production. I observed everything and how things were done on set. All of this created in me a spirit of “I can do this.” Following that desire, I signed up for production classes, but because of my stage in life (mother, business owner and wife), I had limited time for the classes. I was only able to take two classes, but I made the best of them by asking questions like crazy and reading or skimming all the production books I could borrow from the university’s library. I self-appointed a few people I had met in the industry as my mentors and picked their brains whenever I could with my ideas. I wanted to produce something, but I didn’t want to go broke doing it or do something that would only cost me more money just to get exposure. I needed something I could produce on a low budget, with few people, and that could present a possible source of income. It needed to be something that I would be thrilled with even if I never recovered my investment; something that had a deep meaning for me. That’s how I came up with Insider’s Guide to Puerto Rico (IGPR).

Tell us about Insider’s Guide to Puerto Rico.

IGPR is a 96 minute travel documentary that captures some of the best and least known or documented destinations in Puerto Rico, my home country. When I was fifteen I set the goal of publishing a book of photos of PR with that particular focus. I achieved this goal in 2005, after traveling and exploring the island for over eight years, and self-publishing Puerto Rico Encanto Oculto. The book became a best-seller that year in the island! I also wanted to do some sort of TV show with the same concept, but knew absolutely nothing about making it happen or anybody who could help me do it. We didn’t have all these new cameras and awesome technologies back then! At the same time, I wrote and took photos for a local magazine on places to visit and things to do in the island. I was great at writing advertorial pieces and knew how to approach tourism companies for in-kind services. So, that got me thinking that I could go back to PR and shoot a documentary, straight to DVD, that captured the true Puerto Rico I knew from my years of exploring. By now I had the knowledge, some resources, and a HUGE passion to get this done. I spoke with two ladies I met while taking classes and invited them to join me on the adventure. They were thrilled and things quickly progressed. I began pre-production in September, we shot in December and released the film in July of the following year.

What was the greatest challenge with filming the documentary?

Taking the theory I had accumulated and putting it into practice. It was challenging every step of the way because I was learning as I was doing! Sometimes I wanted to scream and yank my hair out and others I would cry with sentiment for what was developing right in front of my eyes: a unique, valuable, historical and cultural treasure about my beloved island. Something that my kids will be able to watch when I’m gone and understand why I love my country so much and what makes it such a special place. Adding to the challenge was that, besides actual production in PR, I did everything else in this documentary. Post, contracts and releases, website, social media, movie artwork, marketing, press releases, going back to the island to do pick-ups, underwater shots, everything. To say I was burnt out is an understatement. Thank God I had the support of mentors that believed in me and helped me achieve a lot of things I wouldn’t have been able to do without their help, and also the support of my husband and family. They never doubted I could pull it off and that gave me the energy to push through when I felt overwhelmed with the amount of work I had.

What is your goal for Insider’s Guide to Puerto Rico?

I have many goals! These are the top ones:

1) That people watch this film, learn about the island and visit Puerto Rico. I’ve always believed the island needs to live more off of the tourism industry and with all I have been doing for over fifteen  years, I feel I’m doing my part to promote the island and all it has to offer and in some way help the economy of the island.

2) That Puerto Ricans living out of the island (close to four million) will have a resource to relive memories and teach their children and friends about their culture and country.

3) That my own kids see and learn to love the land I come from and that they feel proud of their heritage.

4) That it opens doors for me to produce more projects down the road. I see it as a portfolio item to show what I can do, which will hopefully attract other filmmakers or investors that want to work with me.

Do you have plans for more films down the road?

I always have tons of ideas brewing! I’m seeking advice and guidance at this time to determine what is the path that makes more sense for me in terms of filmmaking and producing. I don’t want to just jump into whatever comes my way, but be purposeful and know exactly where I’m aiming before I shoot. I’m evaluating possible routes and hope to make the wise decision for my family and me. I plan to continue acting, raising my children and working on projects that make sense to me and are close to my heart.