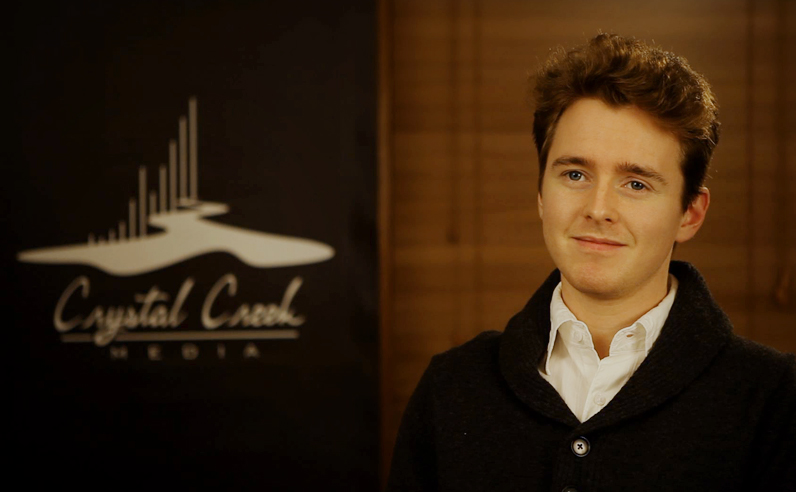 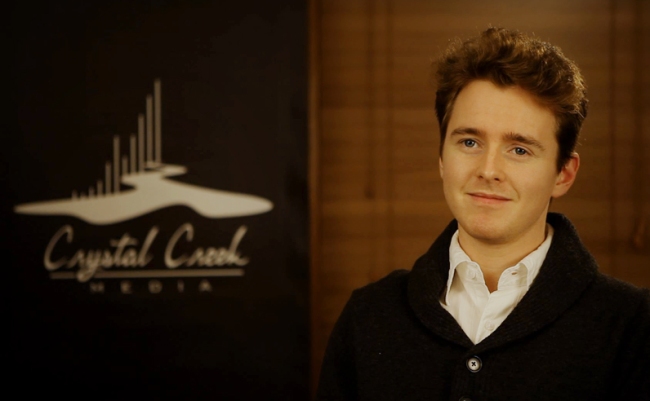 First, introduce yourself and your role with Crystal Creek Media.

I remember visiting some relatives in Europe and discovering that many people learn English by watching American television. It is thought-provoking to realize the scope of the impact that our entertainment has. Our media often defines the values of our culture. Good stories can make a difference and our hope would be to see the very best stories being told. My Dad and I, along with other members of our family founded Crystal Creek Media in 2005 to create quality family entertainment. My role from the beginning was in the various areas of actual movie production. This has given me an opportunity to get involved with filmmaking and distribution. 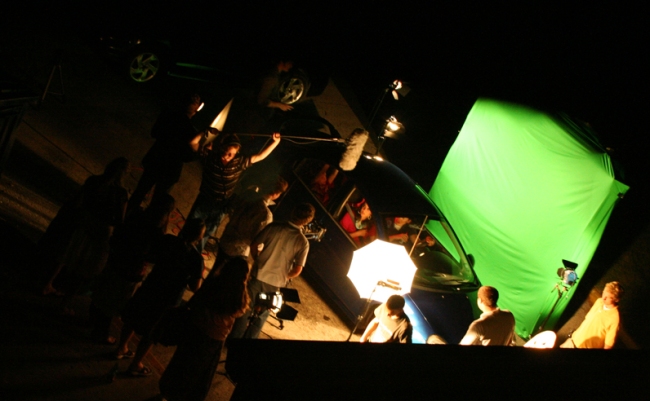 What is your filmmaking background?

I always wanted to be in the movies and direct them. I began working in the industry when I was seventeen after a friend got me onto my first movie set in Florida. I went on to study digital media production in college. Since then I have been working on movie sets and doing other media projects. For me it’s difficult to believe that almost a decade has gone by because it still feels like I just stepped off the flight from Detroit to Orlando to work on that first set.

Crystal Creek Media has soley produced Creed of Gold  However, it has also been a co-producer on several feature films: Indescribable, Unexpected Places, Christmas Grace and A Horse Called Bear.

What has been the response to your movies?

While the culture is divided over faith issues, there are many people in support of Christian themed entertainment. Actually, it appears that a majority are looking for entertainment with true meaning. We see this all the time with the responses to our films. Most people want the world to be a better place, that happens when we love God and we love our neighbor as ourself. That’s the great thing about stories, they can nurture with truth and encourage with love.

Tell us about your film camp that you offer in the summer.

Yes, a few years ago we began getting questions and training requests from other emerging filmmakers who were wondering what to do next. With that need we created a two day Crystal Creek Media Film Camp tour. We took Film Camp all across the country from California to Virginia for the past two years. At this time we are so busy with productions that we have backed off from our live Film Camp tour. However we have made Film Camp available through a DVD series. This curriculum is able to go a little more in depth and features practical instruction that we would have benefitted from before we shot our first feature.

What are your plans for the future?

We are in pre-production on a new film and have dreams for many others beyond that if the Lord allows. Right now we are gearing up for the theatrical release of Creed of Gold. It will be in select theaters across the country in June and in general distribution on DVD this August. Like us on facebook and follow on twitter to receive the updates.

Our Lord Jesus used stories to speak to people. Matthew 13:34 says that He always used stories when speaking to the crowds. Story is a wonderful tool and we love it. As a matter of fact it is a very natural way to learn theology. However, it can also be used in a damaging way and spread deception. Pray for Christian filmmakers, directors, screenwriters, producers and actors. Pray for Hollywood. Pray for storytelling to be used for the glory of God.

In closing I would like to share a story that inspired us in our journey. A few years ago my dad was in a large bookstore in Houston where he overheard a conversation. One of the other customers said that she had not read a book since high school but was there to get The Love Dare book. Fireproof was just a movie but it had made an impact that touched marriages and pointed people to Christ. That bookstore conversation is an example that good storytelling does make a difference.

Christian speaker, Sharon Wilharm, is a popular media guest, award-winning female filmmaker, and women’s ministry leader, whose faith-based films have screened in theaters, festivals, and churches around the world, and on multiple television networks. Sharon has recently taken over as women's ministry director at her church. Her passion is to lead prayer retreats, engaging women of all ages to pray with each other, for each other, praying with expectation.