Friday, June 6 is the theatrical release date for A Long Way Off, a modern retelling of the prodigal son story. Zoe Myers plays good girl Summer who is a positive influence on Jake (Jason Burkey), the prodigal son. Zoe’s previous credits include Anchorman 2: The Legand Continues, The Watsons Go to Birmingham, and Destiny Road.

When did you develop an interest in film acting?
I’ve always loved performing. I had my first onstage lead role when I was seven. I did my first film called Atl by Warner Bros. I fell in love with television/film and the “real ness” of it.

What are some of the movies you’ve been in?
My most recent films include Sam the Whammy Chicken Girl in Anchorman 2: The Legend Continues, the role of Lisa in Premature by director Dan Beers, and Allison in Hamlet and Hutch with Burt Reynolds.  I was in The Watson’s Go To Birmingham, Necessary Roughness, Perdition, Dance Of The Dead, Realm Of Souls, Destiny Road, etc.

How did you get involved in A Long Way Off?
I worked with Michael Davis (producer/director) and John Errington (director/cinematographer) and several other crew members on another faith-based film called Destiny Road. They invited me to play Summer in A Long Way Off. I love the message that films like these have and I was excited to be a part of another. We need more good, family friendly films out there!

Tell us about your character in A Long Way Off?
My character is named Summer. She has been through many struggles in her life and has now found peace in Christ. When she sees Jake, she realizes that he is also struggling and tries to help him. Summer really cares about Jake and wants to do what’s best for him, so it hurts her to see him in pain and surrounded by things that are so destructive for him. 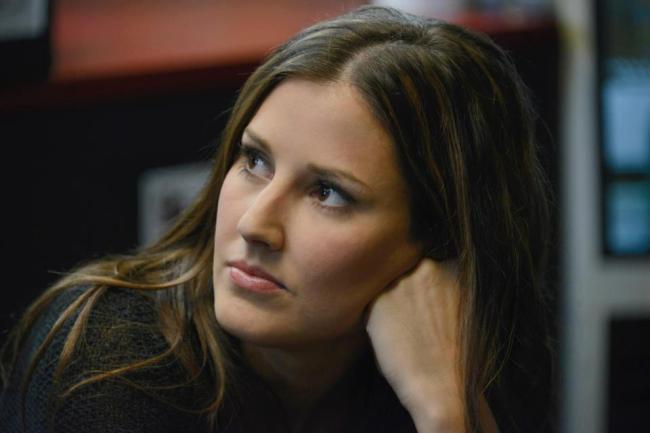 What did you like most about playing Summer?
Summer is a bit of fresh air. She is kind of like lightness in the dark. I think we’ve all seen friends struggle and wanted to help them, so it was easy to connect to this character.  Summer is an inspiration in this film, but I don’t think she’s just “plain vanilla”  or a one dimensional good girl.  I wanted her to have some complexity, some realness to her.  Jake kind of treats her like a novice, but realizes in the end that she’s a bit more.  It’s a wonderful opportunity to get to share such amazing beliefs with the world and, in turn, hopefully inspire many.

What upcoming movies do you have? Anything else?
I have signed many nondisclosure agreements to work as lead on some upcoming projects.  I can’t say too much at this point, but I can say I’m very excited! You can keep an eye on my IMDB to see what I have coming up next- www.IMDB.me/ZoeMyers

More about me:
I’m a full-time, professional SAG-AFTRA actress. I moved back from Los Angeles after shooting Destiny Road because of the TV/Film boom we’re having on the east coast.

A Long Way Off photos by Jerry Keys