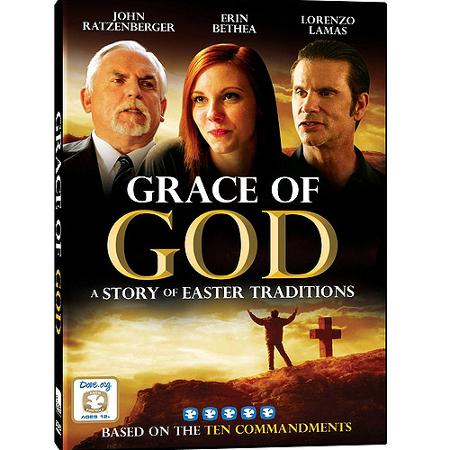 Grace of God is a powerful sermon movie. The entire movie is literally a sermon. It opens with John Ratzenberger as a preacher delivering a sermon. He tells a story about a friend of his and that story is the movie until the very end when Ratzenberger closes his sermon. Peppered throughout the story are numerous mini-sermons as well.

Grace of God is the story of a church that discovers $30,000 has been stolen from a special fund raised to build a new athletic facility for the church. The decision is made by the leadership to hire a private investigator to look into the situation rather than get the police involved. The majority of the movie is the investigator interviewing the numerous individuals who had access to the safe in order to determine the guilty party. Each of the church members has something to hide, revealing commandments they’ve broken, and yet each provides a testimony of God’s grace. I really liked the individual characters. I think each one of us can probably identify with at least one. They’re each Christians who have fallen and failed at some point.

The dvd cover and the Walmart listing says this movie stars John Ratzenberger, Erin Bethea, and Lorenzo Lamas. While each of these actors are indeed in the movie, the real stars of the film are Julia Parker and Vincent Duvall. They are the emotional anchors of the movie and should have star billing. They each did a great job of portraying complex characters.

This movie could have been a great movie. The concept works. The writing isn’t bad. The acting is good. The cinematography has its moments. But it fails to reach its potential. It’s a strong sermon. A nice twist at the end. I’m sure it will be convicting to some and encouraging to others. Lives will be blessed by it. But it makes me a little sad because this could have been great and they settled for good.

Oh, and the cover says a story of Easter traditions, but I have no idea what Easter traditions they’re talking about since the movie made no mention of Easter. It is, however, definitely based on the ten commandments.

I have an extra copy to give away. Just comment with your favorite Easter tradition and one lucky winner will win a dvd. Contest ends March 31.

Order your copy from Walmart