Written by Sharon WilharmPosted on July 18, 2015September 9, 2017Leave a comment

One of the things I enjoy most about Faith Flix is being introduced to new folks and getting to share their unique stories with other. Pat Patterson is one of those interesting stories.

In 1992, Pat Patterson formed Fleetwood Stage in New Rochelle, N. Y., which had an 11-season run producing four main stage productions per year, along with children’s theatre and Shakespeare in the Park. As a member of the Board of New York’s acclaimed T. Schreiber Studio, she spearheaded the creation of the studio’s first year-long conservatory. While living in LA, she served on the Board of the Blank Theatre Company, which was founded by Noah Wyle. Her most recent projects include having produced and appeared in the award-winning short film, A Younger Man which played the 2012 Festival Circuit and has been used to train staff at the Hospice of the Chesapeake; and the award-winning feature film Junction, which has won 17 major festival awards, was named as one of Indiewire’s “Top 5 Best First Features,” and stars Michael O’Keefe, Anthony Rapp, and David Zayas. Her upcoming projects include the faith-based feature film, Play Ball, which has been adapted from a 2013 Kairos Award Winning screenplay; and the new media parody, Encino SCI. 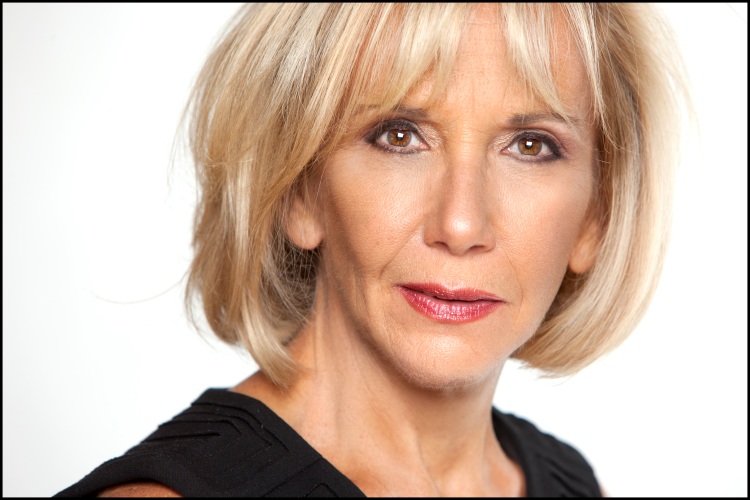 Tell us a little about your acting background.

As a child I never acted in a school play or a religious pageant but I always knew I wanted to be an actress. At 24 I auditioned for the American Academy of Dramatic Arts, got accepted and moved to New York City. I studied there for two years, a classical Stanislavsky training with focus primarily on theatre. After that I went to HB Studios and studied with the legendary Uta Hagen and the brilliant Earle Hyman, again with a total theatre focus. I then walked away from acting as it was time to grow up.

What led to the transition from theater to film?

When I came back to acting eight years ago, the world had changed mightily and casting directors and agents wanted to see your reel. This led to doing student films, then short films, web series and eventually features and I fell in love with the storytelling power of the camera, which was totally different than theatre. There is an intimacy captured on film, the tilt of your head, a gasped breath that cannot be captured or appreciated in the same way on stage. It is smaller and more intense. Someone once said the camera is your greatest lover, it sees and appreciates everything you do.

What is the biggest challenge of film acting compared to theater?

The rehearsal process. In theatre, the actors, a script and a rehearsal space are sacred ground and allows for exploration over time of the character. In film, you work alone usually until you are on set. It is not uncommon to meet your screen husband or dying son just minutes before you are called upon to do the scene. There is a thrill and challenge in the immediacy of the film moment, not unlike diving off the high board into the pool.

What do you mean when you say, “while some dreams may have to wait, they can and do eventually come true”?

The life I live now, as an actor and producer, are in line with what I dreamed of almost four decades ago as a starry eyed young woman moving into the Big Apple. I am pursuing that dream and God has allowed me to achieve, beyond my wildest expectation, those goals. Someone sent me this “I don’t know how my story will end, but nowhere in my text will it ever read…. I Gave Up”. With God all things are possible.

Is it difficult being a Christian actress when working on secular projects?

I do not find any difficulty in working in the secular world. I have, only once turned down a project because I found it offensive. I don’t wear my faith on my sleeve, but I am always open to sharing my love of God on set. There have been roles I believe were given to me just to be there to witness to some cast or crew who needed to know God.

What led to you starting your own production company?

Control! When I came back to acting, as a “woman of a certain age” I knew I would have to create projects to smooth out the ups and downs of an actors life. Our first project of Pâté Productions was A YOUNGER MAN, based upon a short story my daughter wrote when she was fifteen for a high school writing contest. She did not win but it was such a compelling story I turned it into a film starring myself and Brian Carney. This ten-minute short, after touring the festival circuit, has been used by a hospice as part of its training program. The film deals with an older couple making the decision of how and when to die. The caseworkers find themselves confronting this on a regular basis so a bioethicist uses the film when working with hospice.

Which do you prefer – on camera or behind the camera? Why?

That is a bit like answering, which of my three children I love the most. I cannot answer it. When I am acting I am so happy and fulfilled. When I am producing, providing a nurturing environment for cast and crew where they can create the magic of film, I am ecstatic. I do know I cannot produce something and not act in it. I like to play and producing is such a grown up endeavor. I do not require a starring role, as I am designed to be a supporting actor.
Before coming back to acting I produced theatre for eleven seasons at Fleetwood Stage, an Equity Small Theatre in Westchester County, N.Y., which is right above New York City.

What upcoming project are you most excited about?

First I need to address Junction, a past project that released on VOD on July 14th of this year. It is a genre thriller about four meth addicts. Not bad people, but just young people who made bad choices. They break into a home to steal a color TV and discover the homeowner might be worse than they are and a hostage situation ensues and then the film turns on its ear. It came out of a court case in Florida the writer was following. It does have violence but no sex and not a curse word is used. I am very proud of this film. It was nominated for a Prism Award last year for films that depict substance abuse, along with Lee Daniels’ The Butler and August Osage County. This film shows what can be accomplished with talent and passion and not a lot of money.

My next project, which I have been developing, is a faith-based film, Play Ball. It is a 2013 Kairos Award-winning screenplay given by Movie Guide and The Templeton Foundation for first time screenwriters of uplifting scripts. We did a staged reading in NY in January and have been in rewrites. Dr. Ted Baehr of Movie Guide and The Christian FIlm and Television Commission, with whom I have been working, just reviewed the script and while he gave it a B+, there is still more work to be done before we start filming. Play Ball teaches us there is no need to fear the ball if you have faith in the Pitcher.

I would add that I can see God’s hand in all my endeavors, even when I am not paying attention. I have been blessed and work hard to return these many blessings.