With so many new movies being produced every day, it’s hard to keep up with all of them. Today I interview David Powers about his new movie Shooting the Prodigal. David is one of the co-writers (along with  Deborah Hocutt and Greg Womble) and the director. He also serves as founding president of the non-profit, 501c3 production company, Belltower Pictures.

What is your filmmaking education and background?
My background is primarily in television. After graduating from the University of Georgia with a degree in radio/television/film production, I worked in broadcast TV news for a couple of years. Then, sensing God’s call to serve through media in the church, I moved to Texas and enrolled in Southwestern Baptist Theological Seminary. After graduating, I served local churches as a media minister… the last 20 of those as Associate Pastor for Communication at Richmond’s First Baptist Church. For seven years, I served the Baptist International Mission Board, traveling and working in twenty five countries on five continents and throughout the United States producing documentaries and music videos. I directed two evangelistic feature films overseas, La Solution  in Cote d’Ivoire, and Di Gaan Toobi  in Suriname. I produced more than 1,000 hours of local television programming, including 120 hours of live telecasts. I produced and directed two hour-long Christmas music specials that aired in prime time on Richmond’s ABC and NBC affiliates.

Tell us about some of your previous film and television projects.
The Prodigal Project (as I have called it) was born in 2010 during a sabbatical while I served FBC Richmond. We had enjoyed great success with the television ministry, and especially with the documentaries and Christmas musical specials we’d produced. But I sensed God calling us to something else. I had been reading about and observing the decline of “institutional religion” in the United States. The Barna Group did some research that showed many folks view the church as hypocritical, judgmental, homophobic, too focused on money and politics, and unwilling to adapt to change. I looked around my church… and looked in the mirror… and saw that the perceptions were not entirely false. As I read the Gospels, I kept coming home to Jesus’ exhortation to “love one another.” My personal experience of God’s unfailing love resonated as I thought about how Jesus practiced love. I thought, wouldn’t it be great to tell a story that depicts God’s love and acceptance? And wouldn’t it be nice to do it in a non-preachy, approachable way that folks outside the church could enjoy… not a heavy-handed, “preaching to the choir” kind of faith-based movie. Maybe, in doing that kind of movie, we could place proper emphasis on the love imperative of the gospel, not so much on the rules and institutional baggage we seem to have accumulated over 2,000 years.

What was your inspiration for the script for Shooting the Prodigal?
What better way to accomplish this than through a comedy? And what better story to use as the basis for the film than the best story ever told by the best storyteller who ever lived – the Parable of the Prodigal Son as told by Jesus and recorded in Luke 15:11-32? And so was born Shooting the Prodigal – a movie about a church making a movie about the prodigal son.

We established Belltower Pictures in late 2012 as an independent production company, focused on producing, promoting and distributing high quality faith-themed films, television and web projects. Our mission is to entertain and inspire, telling great stories that reveal spiritual truth. Shooting the Prodigal  is our first project. As a non-profit company, we will reinvest all revenue into future projects.

Shotting the Prodigal  is the story of Josh Blume, a brash young Jewish filmmaker from New York who tries to help Brother Bob Cross, an overly-zealous Baptist preacher in South Alabama make a movie about the Prodigal Son. In the process they both learn about the love and acceptance of the Prodigal’s father.

Tell us about your cast and crew.
The cast is led by Paul Wilson as Brother Bob Cross, and Sterling Hurst as Josh Blume. Paul appears opposite Jenna Elfman in the Adrianna Trigiani film Big Stone Gap  which opens in theaters nationwide October 9. Tim Reid (known for his television work in Sister, Sister and WKRP in Cincinnati) and his wife Daphne Maxwell Reid (Fresh Prince of Bel Air) make cameo appearances. Other principals include Julie Moss as Esther Cross, Christie Osterhus as Emily Cross, and Joseph Gray (Princess Cut, Alone Yet Not Alone) as Noah Thatcher.

Now that the film is shot, what are your plans for the movie?
We are currently in post-production and hope to complete the film by late fall. We are producing a parallel web series and other audience engagement strategies that we hope will build buzz for the film. We hope to successfully negotiate a theatrical distribution deal, but also plan to distribute digitally. 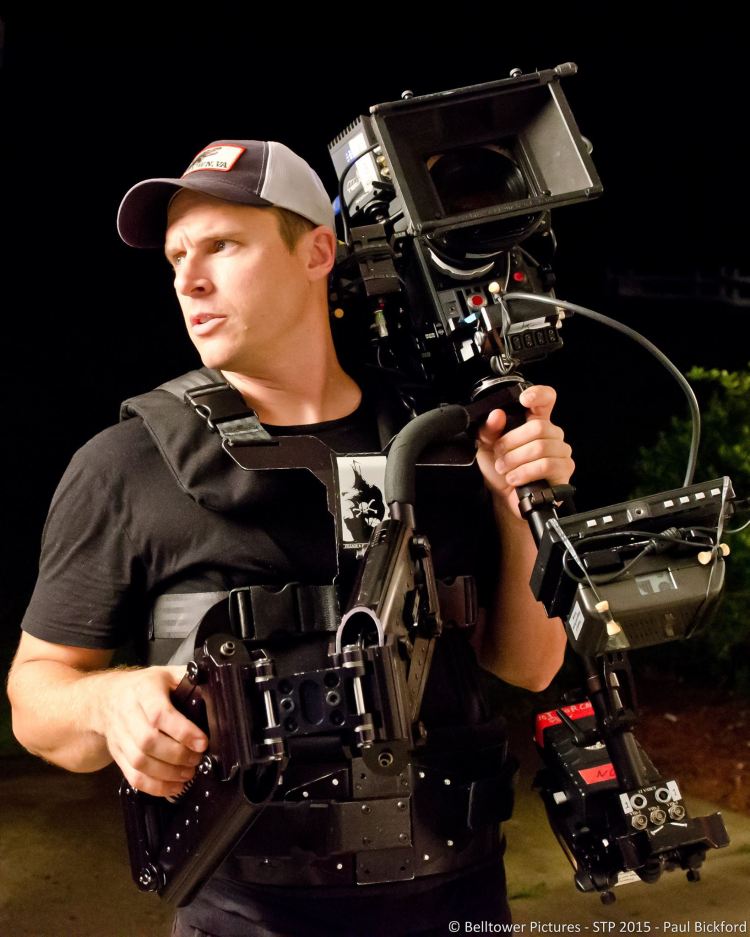 Anything else?
More info about the company and the film: