I’ve known Quinn Alexis for a number of years and have seen firsthand the devotion that she has for theater, film, and the arts. She got her start in children’s theater and has transitioned to film acting. You can catch her in one of the leading roles in Dave Christiano’s upcoming film Remember the Goal.

When did you first develop an interest in acting?
I grew up participating in church productions, but it wasn’t until my eight (ish) year-old self was cast in a speaking role in a larger-scale church musical that a love for acting sneaked into my heart. Shortly after, my family and I moved to TN, and it was here that I officially caught the acting bug. A few months after we got settled, I was reminded of my love of acting and theatre when I was cast in a local children’s theatre musical. Since then, God has blown me away by how He has opened and closed doors into the industry (both film and theatre) for me. It’s truly an honor to work for Him–He’s the best Director ever! 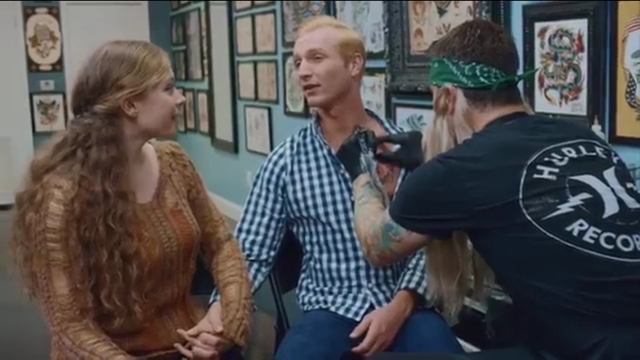 What was your first role?
My first feature film role was a supporting character in Becoming Jesse Tate. I had an absolute blast filming it and fell in love with the familial environment that was created among the cast & crew members on set.

How did you get involved in film acting?
God opened up doors for my family and me to meet friends who were actively involved as professionals in the industry, and I started taking acting classes and getting to know more people who shared my passion for acting, which led to finding out about various auditions.

What films have you been a part of?
Becoming Jesse Tate, Much Ado About Middle School, Home-Schooled?, Cleaner Than Most (short), Iscariot: Righteous Assassin (short), The Colors of Emily, and Remember the Goal. I was also in the Once We Were book trailer, a Lifeway video, and several music videos.

Tell us about your role in Remember the Goal.
I play Anna Glass, who is a junior at Orange Hills Academy. Anna is a talented athlete, compassionate friend, and a hard-worker. She’s very focused on being the best she can be. She’s well-liked at school, but she’s definitely not the stereotypical “popular girl” that’s featured in many high school-themed films. What stands out to me about Anna is her maturity. She is a quiet leader. I also see her mature throughout the course of the film as she learns to seek out advice from wise, godly mentors, and so she grows in humility, and with humility comes wisdom.

How did you prepare for your role?
I really tried to get to know Anna and her personality. It’s hard to act like someone you’ve never met, so I studied the script, and then started writing down a list of personality and background questions that I would start answering as I got to know Anna better. I had to create a “person” so I could know how to portray her.  I also took a dear casting director/acting coach’s advice and spent some time writing down what Anna “wanted” in each scene and what Anna was thinking before she said her lines. Spending time on the script gave me more opportunities to think about various ways to “play” each line and more time to think about what she might be feeling at any various point in the script. Before filming started, several of my castmates and I got together to discuss our characters and their backgrounds, which was both helpful and fun.

What advice would you give to others just starting in the industry?
Step out of your comfort zone (but be sure to always respect yourself!) and take classes that stretch you. Hone the skills you’ve been given. Get to know yourself. Study the world around you. Acting is kind of like “mimicking”  what you have done or have seen other people do. Also, not getting a role does not mean that you are ugly, untalented, or stupid! Stay focused on Truth (and surround yourself with encouraging people) and don’t get discouraged when you don’t get cast–trust me, it was for a providential reason. Keep on persevering, and never forget to use the gifts you’ve been given to shine–you were given those for a reason, too! 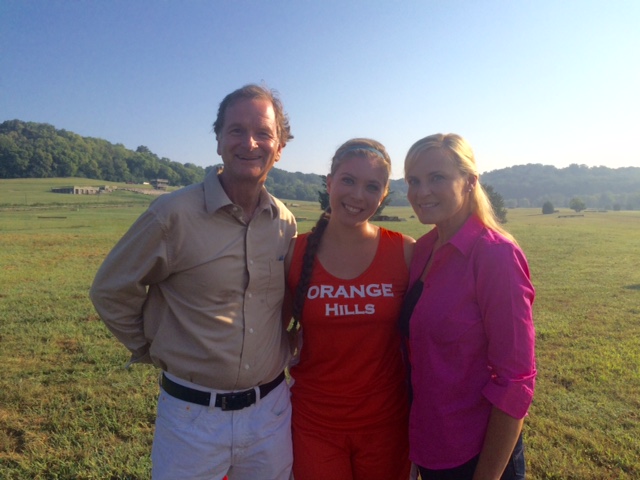 What do you enjoy doing when you’re not on set?
Teaching 60 elementary-school students about musical theatre and coaching acting students one-on-one.

Anything else?
To God alone be the glory!