Written by israeleziedoPosted on May 16, 2016September 9, 2017Leave a comment

It is without doubt that there can be no movie without an established conflict. A movie without a clearly defined conflict would make a great story concept feel like a long, boring, sleep inducing speech.
In learning script writing, one of the most essential things you must learn is how to develop an intriguing conflict that will keep your audience waiting to see how things will turn out for your hero.

But there is something much more deeper than the surface conflict which drives the general story. INTERNAL CONFLICT.

Internal conflict is the hero’s personal conflict which may or may not be known to others. There is something else he must overcome; something that ultimately is more  important than the surface conflict.

In the Sherwood Pictures film, FLYWHEEL, the hero is faced with the challenge of paying a huge bank debt (this is the surface conflict). His way of trying to overcome this conflict was by inflating car prices. However, he had deeper and more pressing conflicts in his heart: he was being a bad example to his son and employees, an unloving husband to his wife and his relationship with God was dead. When he was able to solve these internal conflicts by submitting to God and setting things right at home and work, he overcame the conflict of the bank debt in a snap of the finger!

Internal conflict adds depth to a story. It provides avenues to explore other themes in the story other than the main theme. It gives room to introduce fresh characters and overall, it gives you an opportunity to write on almost any film genre and put the Gospel message at the heart of it. 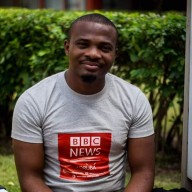