Written by Sharon WilharmPosted on August 26, 2016September 9, 2017Leave a comment

Last night we had the privilege of attending the premiere of Remember the Goal. Cast and crew, family and friends, all came out for the big event, and since this was the first time any had seen the movie, the excitement level was understandably high. We expected a good turnout, but were excited when we found out they had to move to a bigger screen in order to accomodate the crowd. By the time the movie started, the theater was packed.

I was impressed by the acting, especially since most of these girls are newcomers to film as well as running. I admire the hard work they put in, filming all those running scenes in the middle of the summer in intense heat. Those girls are troopers! Allee Sutton Hethcoat did an exceptionally good job as the girls’ coach.

I know practically nothing about cross country running, but enjoyed watching the training. Afterwards we were talking about the coach’s unique approach to winning and how we could relate to that, This morning I woke up thinking about the whole Remember the Goal concept and applying it to my day. I suspect that it will stick with me and I’ll be applying it to different situations in the future.

This is a feel good movie with a very satisfying ending. Our screening was made even more fun by the audience actually applauding the runners as they competed in the state championship. 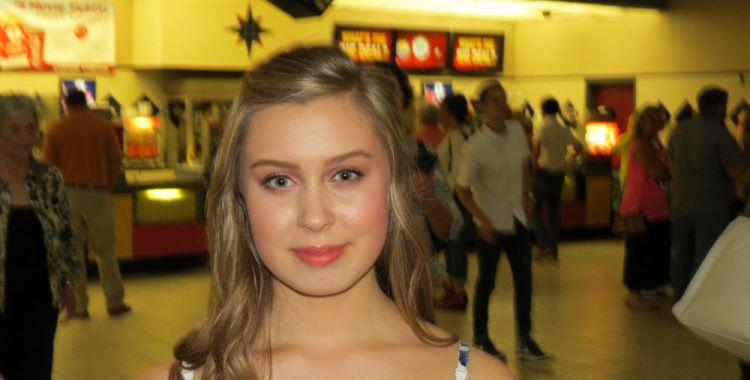