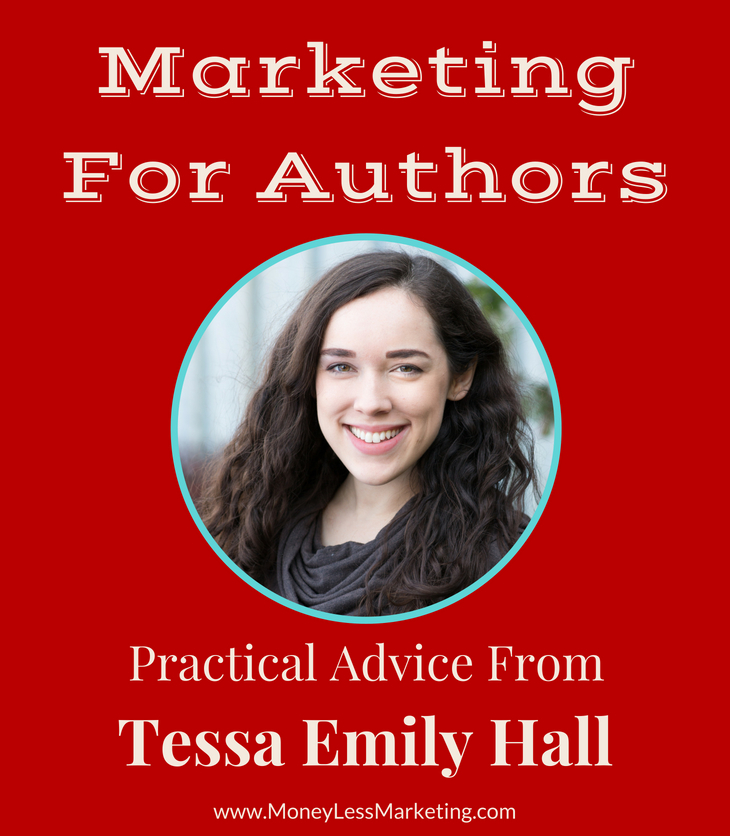 I first met Tessa Emily Hall when she was an actress in our movie Providence. As we spent time together, I discovered not only was she a talented actress, but also a very accomplished writer. I’ve enjoyed watching her career flourish as she’s toured the Southeast teaching writing and promoting her books. I look forward to seeing what God has in store for her future.

When did you write your first book? 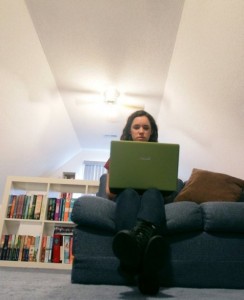 It depends on what you’d consider to be a book! I technically wrote—well, dictated—my first “book” to my mom when I was three years old. The Colorful Dolphin was about a little girl who bought a colorful dolphin from a pet store and released it in the pond in her backyard. Lol! That’s when my passion for storytelling officially sparked. Any time I was bored throughout my childhood, I would pen story after story. I fell in love with the process of creation through the power of a pen. When someone would ask me what I wanted to be when I grew up, the answer was automatic: An author.

I continued to write for fun into my teen years—and when I was fourteen, I decided to pursue writing seriously. This is the year that my writing journey officially began. I enrolled in an online high school and spent that year dedicated to studying the craft and growing as a writer. It’s around this time, when I was fifteen, that I wrote what would soon become my first published novel, Purple Moon.

Tell us a little about it.
Purple Moon is about 16-year-old, Selena Taylor, who is desperate to create a new beginning for her and her mom. But the hope of living a “fairy tale” life vanished long ago when her dad, who was a pastor, kicked her and her mom out of the house. The story follows Selena as she is forced to spend the summer at her snobby cousin’s lake house while waiting for her mom to return from rehab. During this time, she struggles to keep the promise she made to her mom—that she would take a break from her “bad habits” as well. When she’s invited to attend a youth summer camp, she finds herself having to face the scars from her past—as well as the memories that come along with them. Will she follow her mom’s example in running away, or trust that God still has a fairy tale life written just for her?

The sequel to this book, titled Fallen Leaves, is scheduled to release in October. 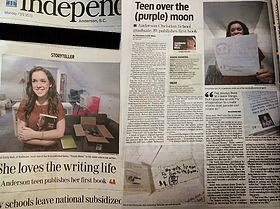 What were some of the marketing techniques you used to promote your first book?
My favorite—and one of the most successful—marketing techniques for this book was the local launch party I held when it was released. I sold between 70 – 80 copies of the book, which was far more than I had expected! It was tons of fun, too. I offered free coffee, purple moon cookies, and chocolate kisses for the guests. My local newspaper covered my journey to publication on the front page of our newspaper and advertised the event as well. That definitely helped to spread the word.

I also organized a massive blog tour for the release. For a month, I “visited” about 30 book-themed blogs and shared bonus content from the book, scene excerpts, Q&As, etc. The giveaways I held throughout the blog tour helped build interaction and excitement. Blog tours have never failed to help me generate buzz surrounding a release.

The following year, I went on a mini book tour with my fellow writing friend and YA author, Caroline George. We visited local schools and homeschool groups, shared our publication journey as a teen, and inspired teens to pursue their dreams as well. 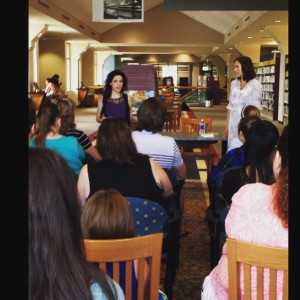 What has been your most effective marketing technique?
I’ve found that the best way to sell a book is to build a readership—and in order to do that, you need to first understand your brand. So many authors (and other artists) fail to establish an audience simply because they have yet to identify what it is that sets them apart. They should ask themselves, who is my target audience? How can I appeal to them? How do I fit into the genre expectations and standards while bringing something new to the table at the same time?

Once authors can identify their brand, then their next steps will be more clear. They’ll know which social media platforms they should be engaged in and what kind of content to share.

Today’s authors have the amazing advantage of engaging with their readership in a way that writers in the past lacked. When we’re consistent in developing these relationships and delivering content online, that’s when our readership will be developed. Readers like to feel as if they’re “friends” with the author. (Take John Green, for example! He wouldn’t be where he is today had it not been for the way he interacted with fans on YouTube.)

Many authors and other creatives will fall into the trap of coming across as “salesy” online. Most of the time, these type of posts won’t sell our books; in fact, it accomplishes the very opposite! Readers will likely unfollow authors when they seem to be focused on themselves only. Instead, authors should focus on meeting the needs of their readers. They don’t want to see spammy posts on their feed; instead, they crave connection. And it’s these types of connections, I believe, that are the most effective in selling our books. 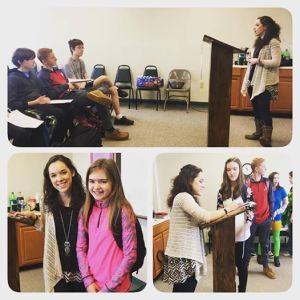 How important are book signings?
I love book signings. And if I could sell more than three copies at an event, then I would be holding them all the time–lol! Unfortunately, they usually aren’t worth the time and effort. (Unless you’re a big NYT best-selling author, of course.) It just isn’t likely that today’s author–especially a new author–will make a decent profit by holding book signings.

Think about it: At a bookstore, readers of various genres browse the aisles. On the select day that you hold your event, how many readers of your genre can you expect to show up–within the specific time frame that you’ll be there? Five or ten, maybe? Then how many of those readers will be intrigued enough to buy a book?

Book signings are fun and give authors the opportunity to connect personally with their readers. They can possibly be successful when approached and promoted the right way. However, the majority of us authors will find more success in finding new readers through online promo efforts (or even through speaking at events/conferences/schools).

In addition to writing, you also offer services for other writers. Tell us about that.
Personally, I’ve found blog tours to be successful in reaching new readers and generating book release buzz. It can be pretty time-consuming for authors, though — which is why I offer services that are affordable and customizable. I will organize the tour for authors and find blogs that are geared to their specific audience. Authors can find out more about my services on this page of my blog.

I offer other services for writers as well — such as a critique service, writing mentorship program, and a fiction course. Writers can find out more on my website. 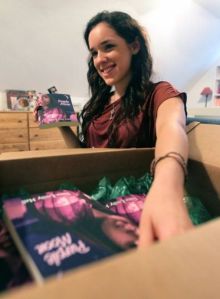 What exactly is a blog tour?
A blog tour is a virtual book tour that allows authors to generate buzz online surrounding the book release. The blogs that are arranged on the tour are typically catered to readers of the specific genre. The chosen blog participates agree to host the author on their blog for a day in an effort to drive their audience to the book. On each stop, the author can write guest posts that relate to the book, share book excerpts, participate in interviews, etc. Most blog tours hold at least one giveaway as well. These giveaways invite the readers to connect with the author online for a chance to win book-related prizes (chosen by the author).

Any other advice you’d offer to beginning writers?
Read, research, and write! So many new writers are eager and will sacrifice the quality of their work in an effort to attain publication ASAP. This usually results in poorly-written books that don’t sell well and ultimately hurt the author’s chance of building a sustainable career and readership. If aspiring authors want to eventually make a living from writing, then it’s important that they spend as long as necessary in the preparation stage. This preparation stage involves three things: 1) Reading books in the genre you write, 2) Researching the market, publishing industry, and writing craft, and 3) Writing as often as you can! Shortcuts taken at this stage will cause writers to sacrifice quality and growth–both of which are vital in reaching long-term success.

I work for a literary agency and publishing company–Hartline Literary and Lighthouse Publishing of the Carolinas–and frequently come across submissions that are “undercooked”. These are submitted by writers who don’t follow our agency guidelines, send in manuscripts that need major editing or don’t fit into the current marketplace, etc.

No, publication certainly isn’t impossible! But it won’t necessarily come quick or easy, either. An Olympian spends hours and hours and hours in preparation for a competition; likewise, we writers, too, should be expected to work just as hard in preparation for publication. Trust me: The feeling of holding your first book in your hands–knowing that you’ve invested blood, sweat, and tears into the project–will be worth it!

Bio:
Tessa Emily Hall is an award-winning author who writes inspirational yet authentic books to show teens they’re not alone. Her first teen devotional, COFFEE SHOP DEVOS, will release with Bethany House September 2018. Tessa’s passion for shedding light on clean entertainment and media for teens led her to a career as an Associate Agent for Cyle Young at Hartline Literary Agency, Literary Agent at Cyle Young Literary Elite, YA Acquisitions Editor for Illuminate YA (LPC Imprint), and Founder/Editor of PursueMagazine.net. She’s guilty of making way too many lattes and never finishing her to-read list. When her fingers aren’t flying 116 WPM across the keyboard, she can be found speaking to teens, decorating art journals, and acting in Christian films. Her favorite way to procrastinate is by connecting with readers on her blog, mailing list, social media (@tessaemilyhall), and website: http://www.tessaemilyhall.com.

Tessa is represented by Cyle Young at Hartline Literary Agency. 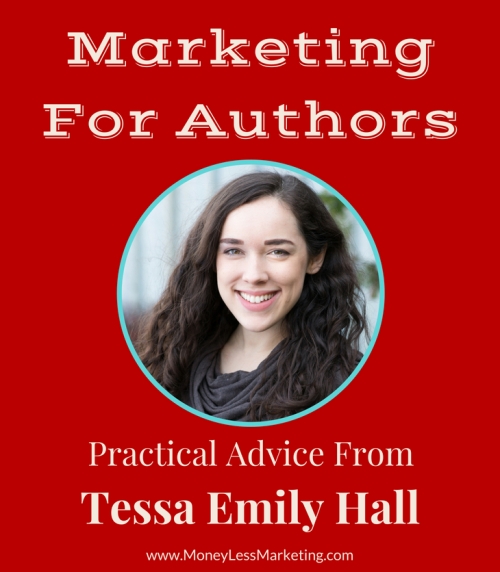 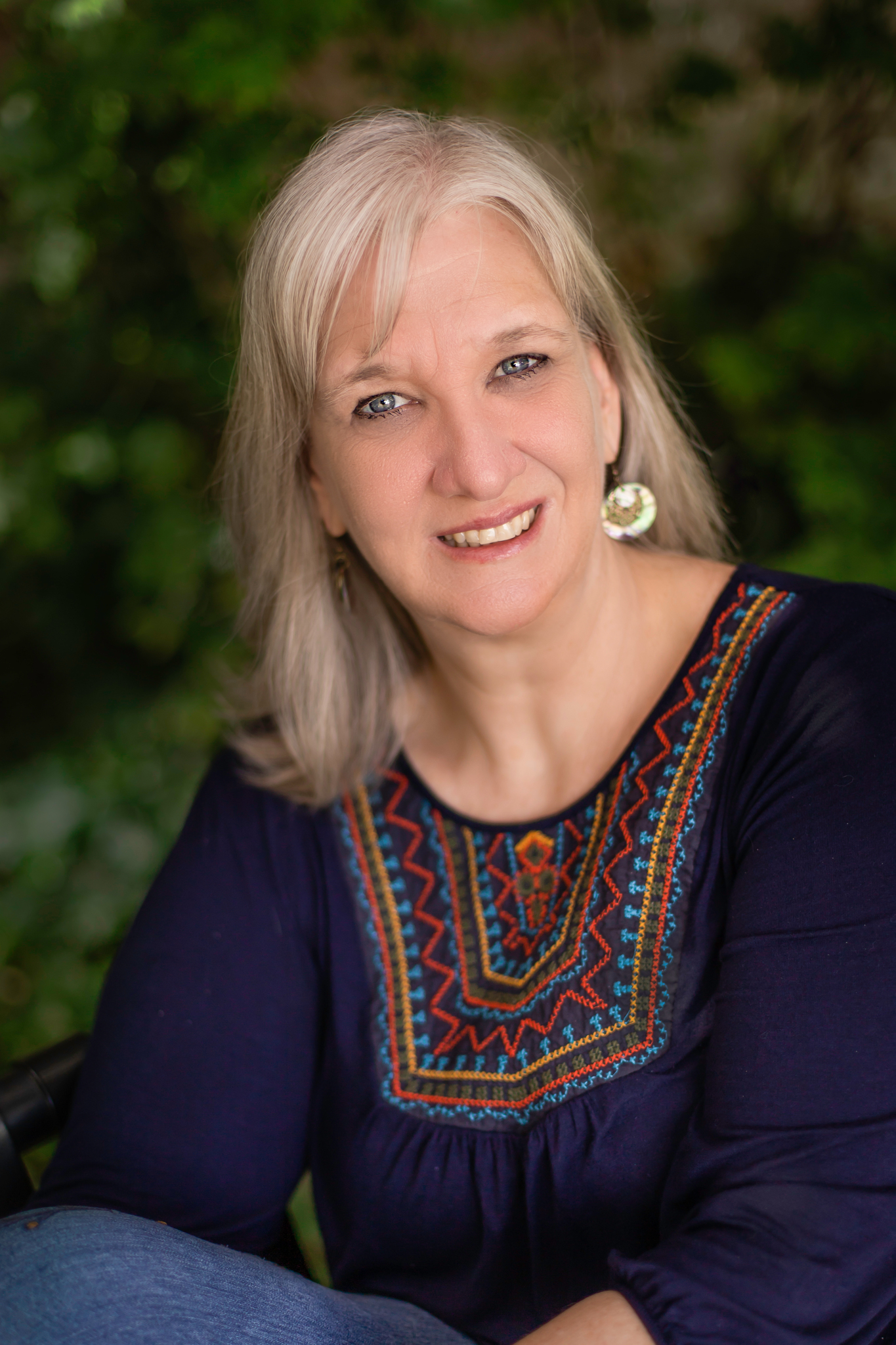